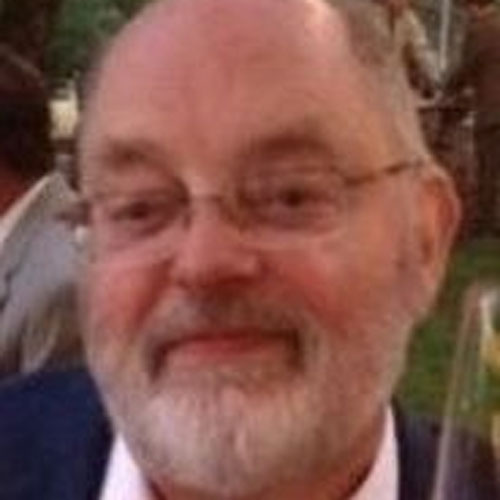 Alan was flattered to be asked to become a trustee of ELSH, but he been liaising & working with Florentine for a couple of years, now. He is currently secretary of the Amnesty International group in Barnsley & of Barnsley Borough City of Sanctuary: He is also, temporarily, secretary of ‘Destination Barnsley’ until the festival in July.

Alan is a delegate to the TUC Retired Members Forum, via my union [UCU] where, until recently, Alan was sec. of the Yorks & Humber retired members’ branch; He is also a member of the National Pensioners’ Convention, via Barnsley Retirees’ Action Group [BRAG] who started the ‘Freedom Riders’ travel campaign while he was the then chairman. Formerly he taught French & Music in Barnsley & for the last eighteen years he taught Music in Barnsley College.
On Monday evenings, Alan is learning German to keep his brain active… 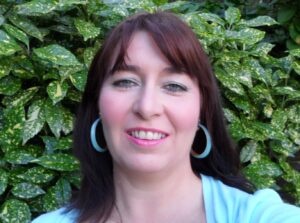 Originally from North West Derbyshire, Rosie moved to Liverpool as a student obtaining a BA Hons  in Sociology and an MA in Women’s studies at the University of Liverpool. She went on to be a Senior Lecturer in Sociology with gender studies as her specialism, co-ordinating an MA in Applied Women’s Studies and the Applied Research Centre at Liverpool Hope University. This cemented her commitment to participatory action research bridging academic learning and service provision/policy development. She worked with socially excluded communities in Merseyside, including sex workers, going on to manage Armistead Street and Portside sex work support projects.  She was one of the founders of the UK Network of Sex Work Projects, acting as Chair for eight years. She also Chaired National Ugly Mugs  which emerged from the work of UKNSWP.

She moved to the Barnsley area in 2013 after becoming  CEO of Basis Yorkshire  (housing sex work and child sexual exploitation support projects). She left this post to work  at Leeds and Leicester Universities on a UK wide research project, ‘Beyond the Gaze’. She recently enjoyed working for the Office for National Statistics, Census 2021 operation,  as  Census Engagement Manager responsible for the  Barnsley and  Rotherham areas. She describes herself as a ‘pracademic’ having moved  between research roles and managing frontline support services, delivering and developing  innovative projects and policies as part of multi agency responses to social issues.

Rosie obtained her PhD from Durham University in 2016  this examined the approach of including sex workers in hate crime policy and procedure in Merseyside. A book based on her PhD research ‘Sex Work and Hate Crime’ will be published by Palgrave in October 2021. She was awarded an OBE for services to vulnerable women in 2013.

Rosie has been involved with charity governance for over thirty years, having been a trustee on a range of charities. She was honoured and excited to be invited onto the Board of ELSH sharing the ELSH vision of creating safe spaces for socially marginalised communities and offering services which involve and  empower these communities to  obtain their rights and fulfil their potential. 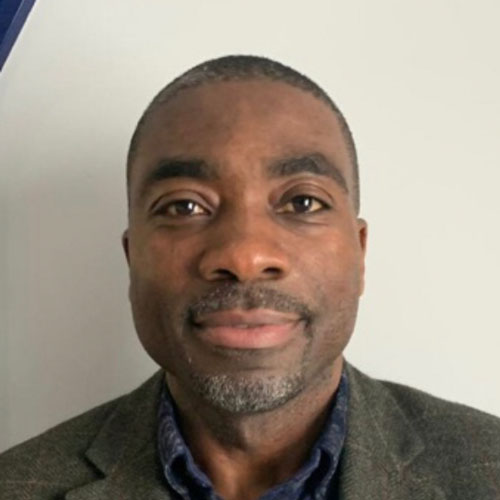 Fidelis Chebe is the founder & Director of Migrant Action (An advocacy and migrant justice organization). He is also the Operations and development manager of RETAS (Refugee Education Training Advice Service).

Fidelis holds an MA in Peace & Conflict Transformation from the University of Bradford and European Peace University- Austria. He is passionate about organizational cultures, transformational leadership and system change.

Fidelis has a particular interest in working with communities and grassroots-based organizations who are engaged in addressing structural injustice and vulnerability. Fidelis applies his academic, leadership and lived experiences to his work with organizations to reduce inequalities, promote peace, racial justice and social change.

Fidelis is a trustee for Together-For-Peace (a Leeds based charity) and member of JRCT’s Rights and Justice Committee. 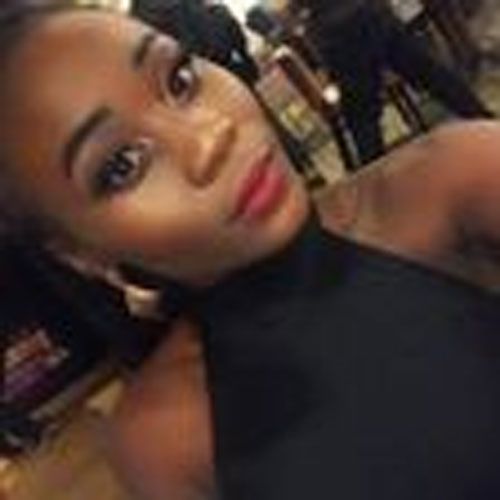 Altine has previously volunteered for ELSH when it first opened, teaching two hours per week and supporting students who were applying to attend college.
She does always offer a helping hand and in addition to promoting the charity through social media platforms and while she worked for the Barnsley Chronicle as a journalist.

She has more recently joined Nottinghamshire Police in their corporate communications department and is looking forward to helping ELSH achieve success. 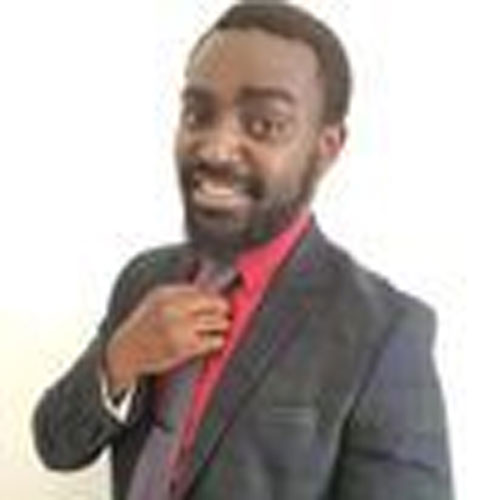 Mark is an entrepreneur based in South Yorkshire and currently runs a care consulting agency, providing business growth advice, strategies and tactics to be successful. I currently am also part owner of Staff.X Recruitment LTD, XPat Solutions LTD and co-founder of Fedha Holdings LTD.

Mark is passionate about helping others achieve their potential and uphold the vision of ELSH. 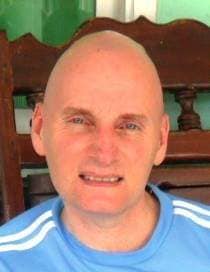 Andy has lived in Barnsley for most of his life. He worked in a coal
mine for thirteen years and following its closure he returned to
education and acquired a professional qualification in working with
children and young people from Leeds Beckett University. He became a
full-time youth worker in Hertfordshire before returning to Barnsley to
work for the local authority in a similar role. After many years of
running a wide variety of youth projects, he was promoted to the senior
management team. In 2003, he was awarded the Public Servant of the Year
award from the Deputy Prime Minister’s Office in recognition of his
innovative work with young people going on to  be neighbourhood renewal
advisor for the central government.  Andy gained a master’s degree in
leading services for children and young people.

Having enjoyed teaching English abroad voluntarily he gained a Teaching
English to Speakers of Other Languages (TESOL) qualification, going on
to run a successful English language tutor school abroad. He returned to
England establishing and running an English language tutoring service
for those who speak English as a second language within Barnsley.

Since 2015 his family have been registered foster carers and they have
been fostering young people with complex needs. Andy regularly
facilitates training for foster carers and professionals from a wide
range of disciplines. He is committed to trauma-informed practice and
has incorporated his experience in youth work to complement his
therapeutic parenting approach.

When not working with teenagers and or undertaking family activities he
can be often found at his local bowling club practicing with his bowling
friends or float fishing. Andy is a published author   and   has written
two best selling books on crown green bowling, ‘The inner Game of
Crown Green Bowling’ and ‘Practice Manual for Crown Green
Bowling’. His most recent book based on his professional experience is
entitled ‘Therapeutically Parenting Teenagers with Developmental
Trauma’. 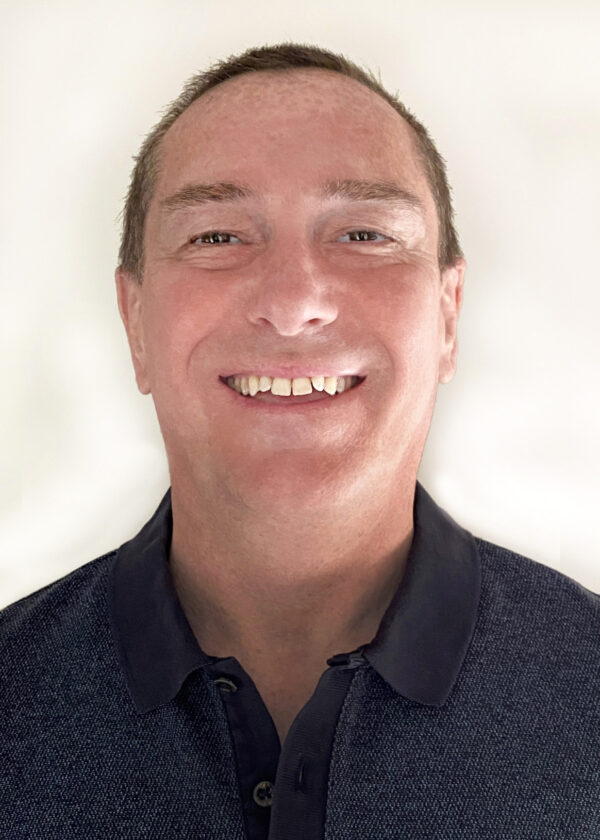 Stewart was appointed to the Board as Treasurer in September 2021, having originally been introduced to ELSH, supporting the development of a long-term strategy and financial governance framework, whilst a Management Consultant with the Cranfield Trust.

Formerly he was a strategic problem solver and C-Level leader and results driven Managing Director, Commercial Director, Client Director and Head of Operations. Stewart has a solid track record of success gained both in the Automotive Finance (UK and Europe) Sector and Debt Collection Industries, both of which are highly regulated sectors.

Stewart holds a master’s degree in Business Administration from the Open University. He now runs his own Property Investment Business as well as also being the Treasurer for the local district branch of the RSPCA.